NORTH COAST CONNECT: WHAT THE FAST RAIL PROJECT MEANS FOR THE SUNSHINE COAST

On May 3, 2018, the Federal Government confirmed funding of 50% of the North Coast Line Project with the remaining 50% to be paid by the state.

In a promising pledge for passengers and freight carriers between Sunshine Coast and Brisbane, $390 million has been allocated to improve and extend the central rail network by duplicating existing services and introducing a fast rail service between the Sunshine Coast and the state capital.

Delivery of the business case for the significant infrastructure upgrade project is anticipated for the first half of 2019 where more specific details will reveal the direct and indirect benefits for the economy both immediately, and long into the future.

In the meantime, as Queenslanders with a vested interest in the upgrades and improvements made in our Sunshine State, we wanted to provide you with further details about the project and explore the impact on residents, business owners, tourists, and commuters in the region.

The first stage will be delivered in two parts and will build upon the existing capacity for the current train service operating between Sunshine Coast and Brisbane.

Part 1(a) comprises an upgrade of the existing service which currently runs from Brisbane to Beerburrum. The upgrade will incorporate the removal of level crossings, improvements to existing station facilities, and the addition of new structures (such as bridges) to accommodate the improvements on the 64.5 km stretch of track.

Part 1(b) will duplicate the existing facility that currently operates from Beerburrum to Nambour. Doubling the current track will increase the capacity for more passenger and freight trains providing a more comfortable and smoother connection to Brisbane. The upgrade of existing facilities will bring the current standard in line with those anticipated for the next part of the project in stage two.

Stage two is the mobilisation of a 40 km stretch of rail running from Beerwah to Maroochydore incorporating seven new stations.

This will provide an easy transport route for passengers from Maroochydore and northern Sunshine Coast to change at Beerwah and Beerburrum for a direct 45-minute transit into the CBD.

The project will also incorporate ‘park and ride’ facilities to improve access to residents of Beerburrum, Landsborough, Palmwoods and Nambour stations.

The North Coast Connect Project has been a long time in the making.

Proposed by 26 Federal Coalition MPs, the most urgent need is to increase capacity for freight trains currently operating in the region to increase the availability of passenger trains to offer a faster and more efficient passenger service.

As the Sunshine Coast grows as an appealing destination for tourists and employees alike, North Coast Connect provides the first steps in connecting the once sleepy oceanside destination with direct access to the employment opportunities in the CBD raising the profile once again of the sought-after Sunshine Coast.

What does North Coast Connect mean for the Sunshine Coast?

The Sunshine Coast is a location that’s growing in population and opportunity. As one of the world’s most well-known holiday destinations, the career opportunities for those who wish to take advantage of the coastal lifestyle while not living in the CBD must be matched.

The upgrade to existing infrastructure and addition of new facilities holds excellent promise for the predicted growth of the Sunshine Coast providing the following benefits:

Not only will the North Coast Connect project increase the frequency of the passenger service to make it more convenient and appealing for travellers, but it’ll also remove the existing constraints on the freight system.

This will mean that there will be far less need for commuters, delivery drivers and visitors to use the arterial highway reducing congestion and improving safety for all.

Improve accessibility between Brisbane and the Sunshine Coast

Commuters and tourists currently face an approximately two-hour-hour journey to get from Brisbane to the Sunshine Coast.

Once the North Coast Connect project is fully operational, the expected journey time between Brisbane and Maroochydore and Brisbane and Nambour will reduce to approximately 45 minutes.

Improve career opportunities for residents of the Sunshine Coast

With the potential of a 45-minute commute into the city, Sunshine Coast residents would have the same opportunities as those who share a Brisbane postcode.

With some peak-hour commutes taking as long from far north or south of the city, employment opportunities to residents of the Sunshine Coast would see them facing the same journey time.

With such easy access to the city, people will be able to live in the sought-after Sunshine Coast while earning an income typical of those associated with city living.

The potential increase in wages for Sunshine Coast residents would increase standards of living across the coast and build up small businesses in the region to and generate consistent income for what has always been a traditionally seasonal economy.

Reduce cost of living in Brisbane

The easy accessibility to the Sunshine Coast will reduce demand for city property and make it a more affordable option for those who choose to live in the city.

Further timeframes will be considered after The North Coast Connect Consortium delivers the business cause to the Australian government in 2019 with completion expected, at this stage, in 2023.

With the project to be integrated into existing services, the opportunities for the Sunshine Coast as an economic hub, tourist location and attractive place for residents continue to grow as the project progresses.

CROSS RIVER RAIL PROJECT - ALL YOU NEED TO KNOW

PALM BEACH SHORELINE PROJECT AND COASTAL PROTECTION AROUND THE WORLD 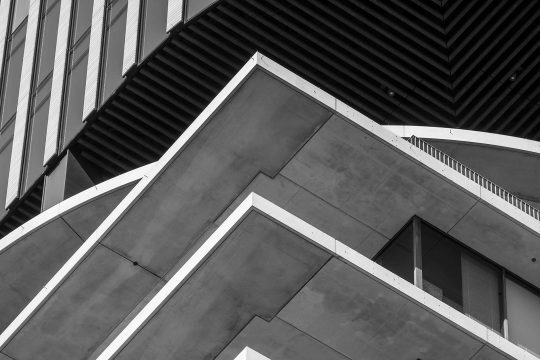