Inland Rail is a 1700 km freight rail project designed to enhance the physical connection between Brisbane and Melbourne and transform how freight is moved across the vast land span of Australia.

Partially funded by the Australian Government, Inland Rail is a large-scale project delivered by Australian Rail Track Corporation in collaboration with the private sector.

Why do we need Inland Rail?

Inland Rail is designed to provide better access for farmers and businesses moving produce and freight across Australia. Not only will this reduce ongoing operating costs, but will also help them reach a more significant market and bolster the economy both nationally and globally.

The project will improve safety for the whole population as road freight is reduced leading to less congestion and safer roads.

The benefits of Inland Rail start on a local level but have a global reach:

Additionally, Australia is a climate of extremes subject to disruptive bushfires, storms and flooding. The Inland Rail project provides more choice in freight options, so producers are less reliant on one form of transport giving an alternative link between states in times of emergency.

Farming and produce are backbones of the Australian economy. With produce contributing to a predicted 70% of freight carried, local farmers will have faster, more reliable access to major cities helping to increase their capacity.

Once the project is complete, it will take less than 24 hours to move freight between Melbourne and Brisbane. While trains are faster and more efficient than trucks, the proposed rail is 200 km shorter than road travel, reducing the cost per tonne carried.

The project will create 16,000 jobs during the construction phase across 13 projects in the three states. 90% of new opportunities will be in regional Australia. As well as new jobs being created, the project will also increase the economy in regional towns as the need for shops, accommodation and pubs increases.

With fewer trucks on the roads, congestion on the major highways will be eased reducing avoidable crashes, many of which can be fatal.

Rail is more fuel-efficient than road travel with carbon emissions set to decrease year upon year.

While the Inland Rail is primarily geared towards freight, the reduced impact on the roads plus the existence of a major rail network will reduce congestion and provide greater opportunity for more up and coming rail services.

Because of the sheer scale of the area, Inland Rail has been split into 13 smaller projects managed across three states as follows:

Construction began in 2018 and has so far employed 1700 contractors. The first sub-project was commissioned in September 2020 and the 103 km Parkes to Narromine route is now operational.

It’s estimated that the Inland Rail Project needs an investment of $10 billion over the 10 years construction. More than $1 billion has so far been committed by the federal government. The remaining funds will be sought from private companies which will tender for the project management of each of the 13 stages. The initial cost will be quickly offset by the predicted increase to Australia’s Gross Domestic Product of $16 billion throughout the construction period and into the first 50 years of operation.

ARTC has set seven project stages and each individually managed subproject is working towards its own timelines.

The seven stages are as follows:

While the Parkes to Narromine project has recently been commissioned, in November 2020, the ARTC awarded the $693 million contract between Narrabri and North Star to Transf4m Rail – a joint venture between See Civil and John Holland. Construction of the 171km track is set to begin at the end of 2020.

Inland Rail is a multidimensional project set to improve the economy, create opportunities and offer improved connection for a country separated by a vast distance.

Matt Hollstein
AM Project Partners was founded in 2015 by experienced Project Manager, Matt Hollstein. With a proven 24-years industry experience, Matt has developed a strong network of construction project managers who have the capability and experience to deliver a wide range of construction projects. Matt’s experience extends as a multidisciplinary Project Manager in marine, civil, and industrial areas. Matt is highly experienced in integrating works within operational environments such as defence, airports, railway, ports and facilities. He works with organisations of all sizes including government authorities, family-owned businesses and international companies. 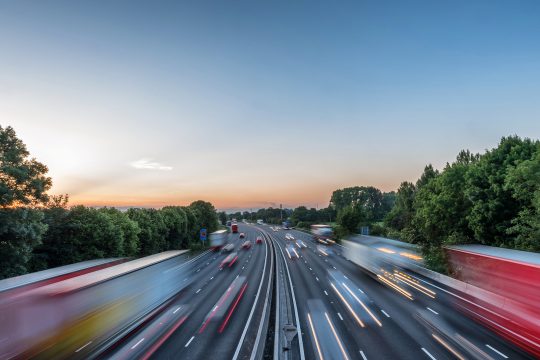